I am a huge believer in the fact that there are learning opportunities to be found in all aspects of everyday life.  So to pay homage to my past career on the ice, today we’re going to take a closer look at the sport of figure skating, and the lessons that we can learn by paying close attention and listening to the swish of the blades. 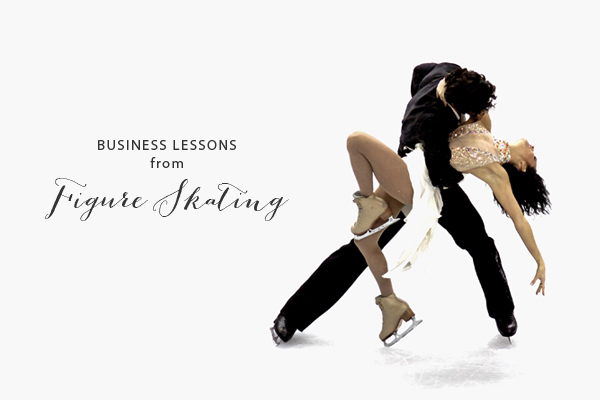 By far the most heartwarming figure skating story of the Vancouver Olympics was that of Xue Shen and Hongbo Zhao.  Married since 2007, Shen and Zhao returned from retirement to compete in their fourth Olympics at the ages of 31 and 36 (unheard of for modern figure skating).  They broke through to win the Olympic gold medal.

From Xue and Hongbo, we learn that things get better with time.  The couple had been skating together since 1992, but only fell in love in the last few years of their partnership, and only reached Olympic gold in 2010, after eighteen years of working towards their goal.

While hopefully it won’t take you eighteen years to reach your business goals, it’s important to know that you will continue to grow and define yourself over time.  Your business and your industry will evolve and you must be willing to stick with it, work hard and work smart, and trust that the solid foundation you lay will help catapult you to success when the time is right.

What do the ice dancing teams of Tanith Belbin and Ben Agosto, Meryl Davis and Charlie White, and Tessa Virtue and Scott Moir have in common? It used to be their coaches – Marina Zoueva and Igor Shpilband. Then Belbin and Agosto left Michigan and began training with Linichuk and Karponosov. Only two of these couples went on to become Olympic champions.

So why did the teams of Virtue and Moir and Davis and White (who are good friends in addition to being training partners) rise to success so quickly and ascend to the highest level in their sport? Aside from their phenomenal talent, the fact is that training together pushed them to raise their game each and every day.

Although competition might seem scary at first, it’s something you should welcome. It will raise the stakes, but that is what allows you to challenge yourself and become even better tomorrow than you were yesterday.

Lesson 3: How you handle controversy defines you

It wouldn’t be an Olympics without a figure skating controversy and Vancouver was no different.  Evan Lysacek and Evgeny Plushenko were 1-2 after the short program, with the slimmest of margins separating them.  In the free skate, Evan’s all around skating skills were enough to vault him to the gold medal, and Plushenko settled for silver.

The battle didn’t end on the ice.  And while we won’t debate the ins and outs of the code of points here (suffice it to say that I think they both have nuggets of truth in their arguments), what we can take away from this experience is that your poise and grace under pressure – your ability to handle controversy – can define you in business.

As a small business, you are your own public relations, so be cognizant of your actions and their impact on your image, and on your business results.

Lesson 4: Costumes can make all of the difference 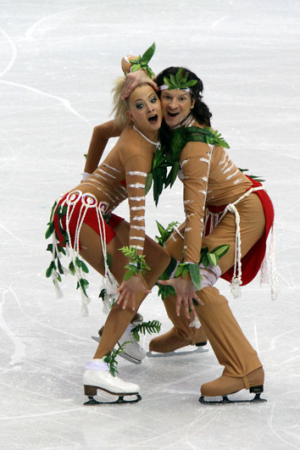 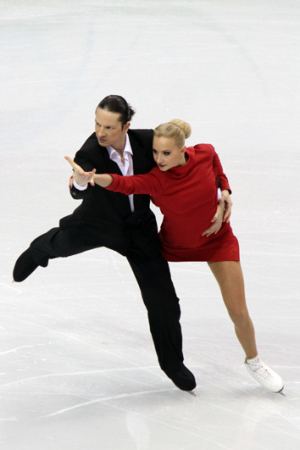 So what can we learn from Domnina and Shabalin? Well, it’s simple. No matter how great your skills are, branding is important.

Your design, and not your talent, is the first thing that someone sees when they visit your website. And you never get a second chance to make a first impression.

So there you have it, four lessons that figure skating can teach us about business. What other life and business lessons can you find from my favorite sport?

12 comments on “What Figure Skating Teaches Us About Business”